Pittsylvania Pet Center- It's a Marathon not a Sprint 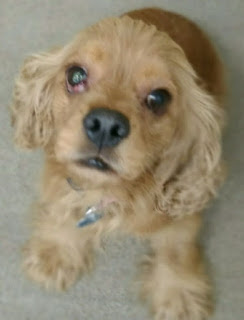 We have been operating the Pittsylvania Pet Center for a short 8 months. We have been very transparent from the beginning that we will operate as a no kill facility, which means we do not euthanize healthy or treatable animals and do not euthanize for space, reserving euthanasia for terminally ill animals or those considered a danger  to public safety.

We will not apologize for that or change our views on that. We do not let animals suffer. We have also found ourselves in a situation where some of the community is already angry about the new facility being built. However, the building is there and we are now here to help the community with their pets,whether they need to surrender their pet or they find a lost dog wandering the streets in need of help. We have taken in several owned pets that needed veterinary  care that the person could not afford. The point being, we are here for the community. And with the large increase of intake we see that the community does need us and the Pet Center.

We are here to help and we had no idea how much medical help these pets would need. The taxpayers of Pittsylvania county are not required to pay anything toward the medical budget. We have simply asked, as a nonprofit organization serving Pittsylvania county, that if any community members are able and would like to help out, please do. This is a marathon not a sprint. This is going to take time and mistakes will happen along the way, but we are committed to helping Pittsylvania County's pets and their owners. The old saying "it takes a village", well, yes it does! What would really be the way to make this work is to come together, even with all of the different thoughts and opinions and things will get better. Division will only bring more strife.

With so much budget talk going on in Pittsylvania County, we wanted to make sure the community members understood how the Pittsylvania County Pet Center is being funded. The Lynchburg Humane Society is being contracted to run the shelter for $260,000 a year, which is less than 1% of the entire Pittsylvania County budget. This fee goes to cover our normal operating expenses, such as cleaning, animal care supplies, and the staffing for the facility.

Our current budget for just the staffing is $335,000, which is more than the contracted fee. Shelter revenue and donations help to cover the difference between the contracted fee and the actual costs.  We knew when we started that we needed to raise money from the community and receive grants to cover the difference.  After seeing many Facebook posts about people believing they are paying for the salaries of the management staff in Lynchburg, it was important for us to set the record straight. None of the salaries of the directors in Lynchburg are being paid for by Pittsylvania dollars. Though, it wouldn't be unheard of, since the directors from Lynchburg have spent a considerable amount of time in the operations and fundraising efforts of Pittsylvania County because our organization believes this community can support a no kill mission.

We created the budget for Pittsylvania County on an estimate of how many pets we thought we would be caring for. It was hard to really determine the actual number since it was the first time the county would be taking in cats. It was also difficult because we knew having a newer building and a no kill philosophy would increase the number of pets being taken into the Pet Center. We have seen a 200% increase in pets being cared for at the shelter this year compared to last year. We had no way of predicting the need and the desire for the community to have a positive outcome for their pets.

We have recently been criticized for spending more money than anticipated on medical needs for the pets. Aside from miscalculating the number of pets we expected to help, we found out the facility’s air handling system was not working properly for almost 7 months, and it had to be fixed. This mishap caused an increase in upper respiratory infections, kennel cough, and it contributed to the spread of illness throughout the center. After working through these issues, we thought we would have garnered more support; the last thing we expected from this was some vocal community members attacking our great life-saving efforts.

We are always going to treat the animals that are treatable.Our organization brings more to the table than the minimum standards required by the state code. We were transparent on how we would run the Pet Center from the beginning. We believe in no kill.  If this community doesn’t want us to help those pets that are able to be medically saved, then we are not the organization that should be running this county shelter.

All of the taxpayers’ funds are covering some of the basics, not the extras, that are happening at the shelter. These extra, but very vital funds, such as medical care, are being supported by the community members who believe that pets deserve a home, and that no pet should be euthanized just because they find themselves at a full shelter with a treatable problem. We have raised $52,351 in donations so far and we need more support to help our life saving efforts.  This is a community shelter, and our success will be your success. We aren’t asking for more tax monies; we are working to raise donations from the community. The question is, do you want to save pets in Pittsylvania? If the answer is yes, please help contribute towards their care. If the answer is no, please leave the work to those that believe it is imperative to the bettering of the community.

Yes. you read that number that correctly. Since July 1st, the Lynchburg Humane Society has taken in 482 kittens under the age of 6 months. Of those, 260 were under 8 weeks old. We see day old kittens who need bottle feedings every 4 hours to litters of 6-week-old kittens who just need a little time to grow. The shelter is not a hospitable environment for a tiny unvaccinated kitten because of all the viruses and illnesses that can be present. Our foster program is instrumental in saving these precious lives. Since kittens are not able to be adopted until they are 8 weeks old, the foster program allows us the freedom to use the space at our Center for a pet that is ready for adoption. It also gives the kittens a jump start into socializing, staying healthy and learning what home life is all about. And another bonus - foster parents are really great at finding homes for their kittens!

We have been asked about what affects kitten season and how do we handle it. So l…
Post a Comment
Read more

Rumors can be funny sometimes

August 01, 2018
Rumors really crack us up or make us super frustrated. This Tuesday morning we got a phone call that made us all laugh out loud.  One of our partnering vet clinics in Chatham has had a few of their clients share that they heard the State Police was at the Pet Center assisting David Smitherman with removing animals on Monday, July 30th. A few clients suggested it happened last Thursday.
We had one dog leave the Pet Center on Thursday through adoption. Monday we did transfer 11 dogs and 14 cats to the Lynchburg Center, which we featured on facebook Tuesday afternoon.  We also transferred to the Lynchburg’s Center 7 cats and 6 dogs from the Appomattox shelter.  This year the Lynchburg location has seen 375 pets transferred internally from the other two facilities.
Why?  Why not?  This past weekend Lynchburg adopted out 71 pets.  Pittsylvania only adopted out 12 from Friday - Sunday.  Pets are not getting adopted as quickly in the other counties so when we have space and we know the ot…
2 comments
Read more

May 19, 2020
It is not unknown for people to be scared of dogs. Animal shelters throughout history were built on that fear. Dog catchers were employed to capture packs of nuisance dogs that were roaming and pestering communities. Pounds were built on the edge of towns near the dump to remove stray dogs from towns and in most cases, destroy them to prevent public endangerment.
Fast forward to now and shelters are referred to as centers, instead of strays we say adoptable, we don’t say animals we say pets, and dogs are family members. Getting a dog without a home into a family is a community effort and #adoptdontshop is a movement.
So how strange it is that the COVID-19 pandemic has made us fear being too close to people and has increased our desire for pets?
People want to foster or adopt pets, now more than ever! At the Lynchburg Humane Society’s Center for Pets there has been an increase of 85% more pets in foster care than at this time last year. The Lynchburg Humane Society already had a robu…
Post a Comment
Read more