It's not about the lone nut dancing in a field 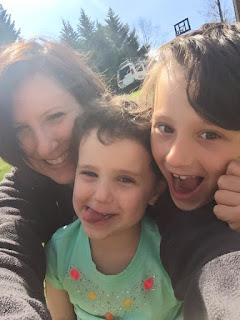 Next month I will have been working with the Lynchburg Humane Society and this community for six years.  I only recently moved to Lynchburg, having commuted for over four years, because after having my little girl, Lily, in 2010, I just had to get my family and work together in one place.

I promise this article isn’t about me, but I will say that because I was commuting, I had no idea how amazing this community was until I moved here.  I knew how fantastic it was working here, but there is something even more special about Lynchburg that you don’t know until you are interacting day in and day out with so many remarkable, kind, creative, smart, civic minded people.   In a wonderful small town/city environment filled with so much to do, it is one of the best places I have lived because of how connected everyone is in the community.

In the animal welfare world, there are many national conferences where thousands in the field converge to learn the newest and the greatest ideas in animal sheltering, programs, marketing, fundraising, medical practices and so much more.  This summer, I am representing the Lynchburg Community, speaking on behalf of everything we all did to create a safe place for our homeless pets.  Best Friends Animal Society invited me to speak because for years they have been watching us and observing this remarkable community and they are impressed with how far we have come.

To give you an idea of how big  an honor this is for this city, here is the list of the other “No Kill” model communities I am speaking alongside:.  Austin, TX; No Kill LA; Portland, Oregon; No Kill Utah, Kansas City, MO; Atlanta; and a few more.  I am speaking for an hour and a half about our journey to “No Kill” and educating attendees on what we have learned and what we tried that didn’t work.  We learned a lot through this journey, but honestly, there was not much that didn’t work. Sure, we were not perfect and still strive to fix problems, we could have made some staffing changes a little quicker, we have critiques and naysayers still trying to bring us down - but honestly, we succeeded because so much went right. So many of you in this community made it work and did a lot of the heavy lifting with us.

In my presentation, at the very beginning, I present a small video entitled “How to Start a Movement”. You can watch it on YouTube if you are curious.  It is a narrated video of a man who is dancing alone in a field at a concert.  The narrator goes on to say that a movement is started by one lone nut with a great idea that is easy to follow, but then someone joins in and they are two lone nuts. Quickly another joins in, and another and another.  The thing about the movement is that it isn’t the leader that makes it happen - it is the first follower and those that come behind.   Basically, it takes an entire community to make a movement and to create remarkable things for a cause.

Who our lone nut is has been a fun discussion with us, mainly because we like the idea of picturing one of us dancing in a field.  I say it was Shelley Stone, a board member who read a book about “No Kill” and helped the board see that the organization needed to change. Some would say I was the lone nut dancing in the field, but honestly, it doesn’t matter.  The real movement and the real change manifested through the citizens, the government officials, the rescuers, the foster and shelter volunteers, the staff, the good Samaritans, the civic groups, the adopters and finally, it was the donors who continue to give us the support we need to grow and provide the care to the thousands of pets we care for each year.  It is everyone who has ever done anything to help pets in need in Lynchburg.

Thank you Lynchburg for being the support and the foundation on which we are able to represent and help other communities become “No Kill”.