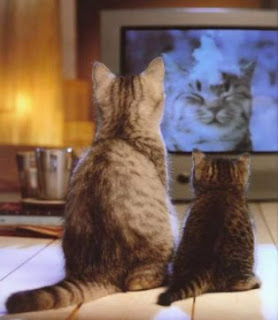 Yes. you read that number that correctly. Since July 1st, the Lynchburg Humane Society has taken in 482 kittens under the age of 6 months. Of those, 260 were under 8 weeks old. We see day old kittens who need bottle feedings every 4 hours to litters of 6-week-old kittens who just need a little time to grow. The shelter is not a hospitable environment for a tiny unvaccinated kitten because of all the viruses and illnesses that can be present. Our foster program is instrumental in saving these precious lives. Since kittens are not able to be adopted until they are 8 weeks old, the foster program allows us the freedom to use the space at our Center for a pet that is ready for adoption. It also gives the kittens a jump start into socializing, staying healthy and learning what home life is all about. And another bonus - foster parents are really great at finding homes for their kittens!

We have been asked about what affects kitten season and how do we handle it. So l…
Post a Comment
Read more

Rumors can be funny sometimes

August 01, 2018
Rumors really crack us up or make us super frustrated. This Tuesday morning we got a phone call that made us all laugh out loud.  One of our partnering vet clinics in Chatham has had a few of their clients share that they heard the State Police was at the Pet Center assisting David Smitherman with removing animals on Monday, July 30th. A few clients suggested it happened last Thursday.
We had one dog leave the Pet Center on Thursday through adoption. Monday we did transfer 11 dogs and 14 cats to the Lynchburg Center, which we featured on facebook Tuesday afternoon.  We also transferred to the Lynchburg’s Center 7 cats and 6 dogs from the Appomattox shelter.  This year the Lynchburg location has seen 375 pets transferred internally from the other two facilities.
Why?  Why not?  This past weekend Lynchburg adopted out 71 pets.  Pittsylvania only adopted out 12 from Friday - Sunday.  Pets are not getting adopted as quickly in the other counties so when we have space and we know the ot…
2 comments
Read more

January 23, 2019
The Lynchburg Humane Society had an action-packed 2018. It was a record year for pets coming into our Center, adoptions, fostering, and saving pets from at-risk shelters.  As an organization we saved
6,973 pets!

We helped 761 pets in at-risk shelters who faced euthanasia if we didn’t intervene and bring them to our Center. This included many orphaned and newborn pets, pregnant and nursing moms and pets who needed medical treatment. We gave these pets a chance at life and finding a home.

We had many adventures, some were heartbreaking, but all were life-saving and worth every moment to give so many pets a chance at wonderful, loving lives.

Our team saved pets from Hurricane Florence in North Carolina, working around the clock, driving hours to the flooding shelters and bringing 30 pets back to the safety of our Center.  We were called upon by the state to help make room at a shelter in the eastern part of Virginia  as they were dealing with a large hoarding case coming into their shelte…
Post a Comment
Read more